Covers armies against cold and rain, more certainly commodiously than formerly did skins. 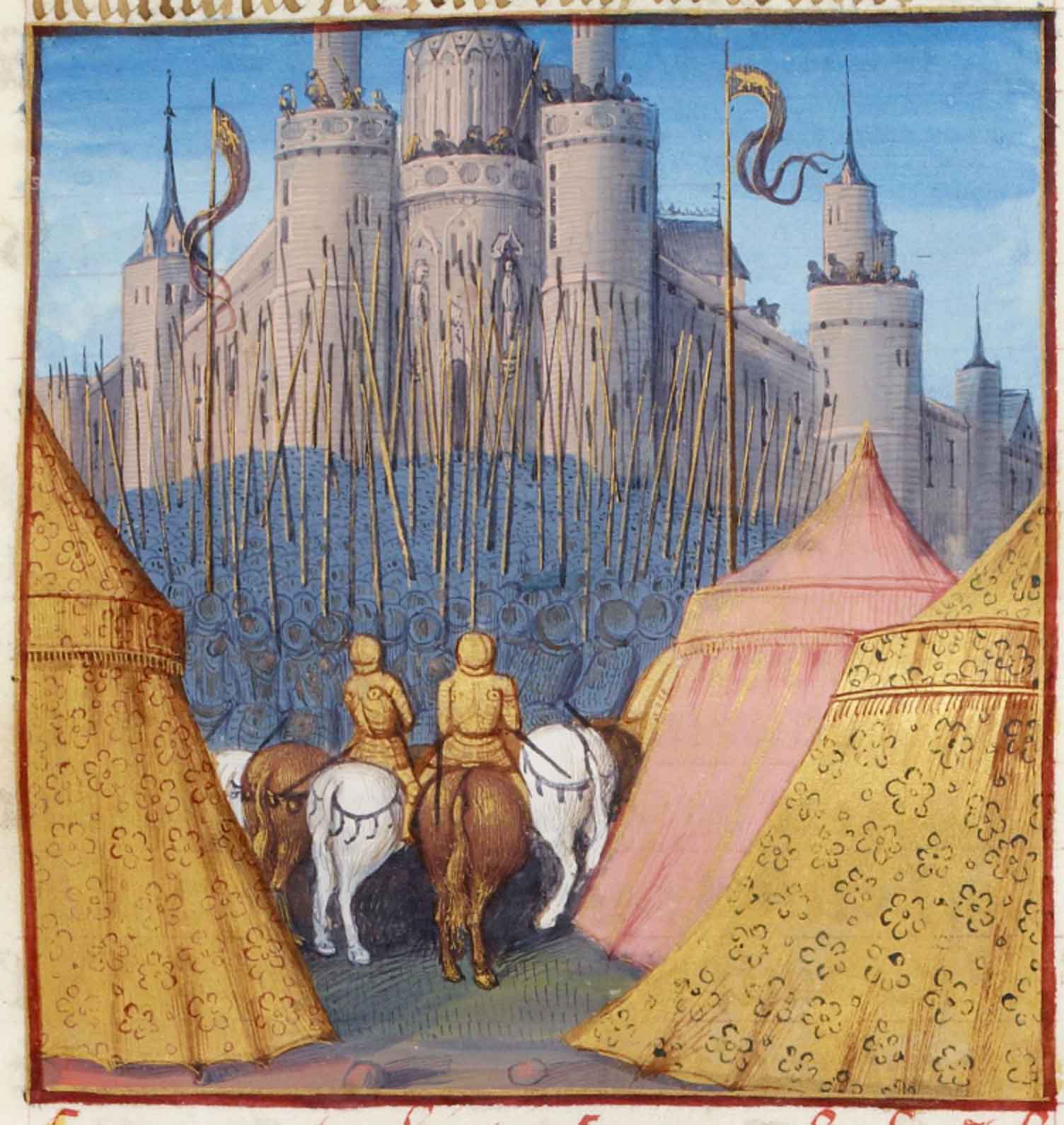 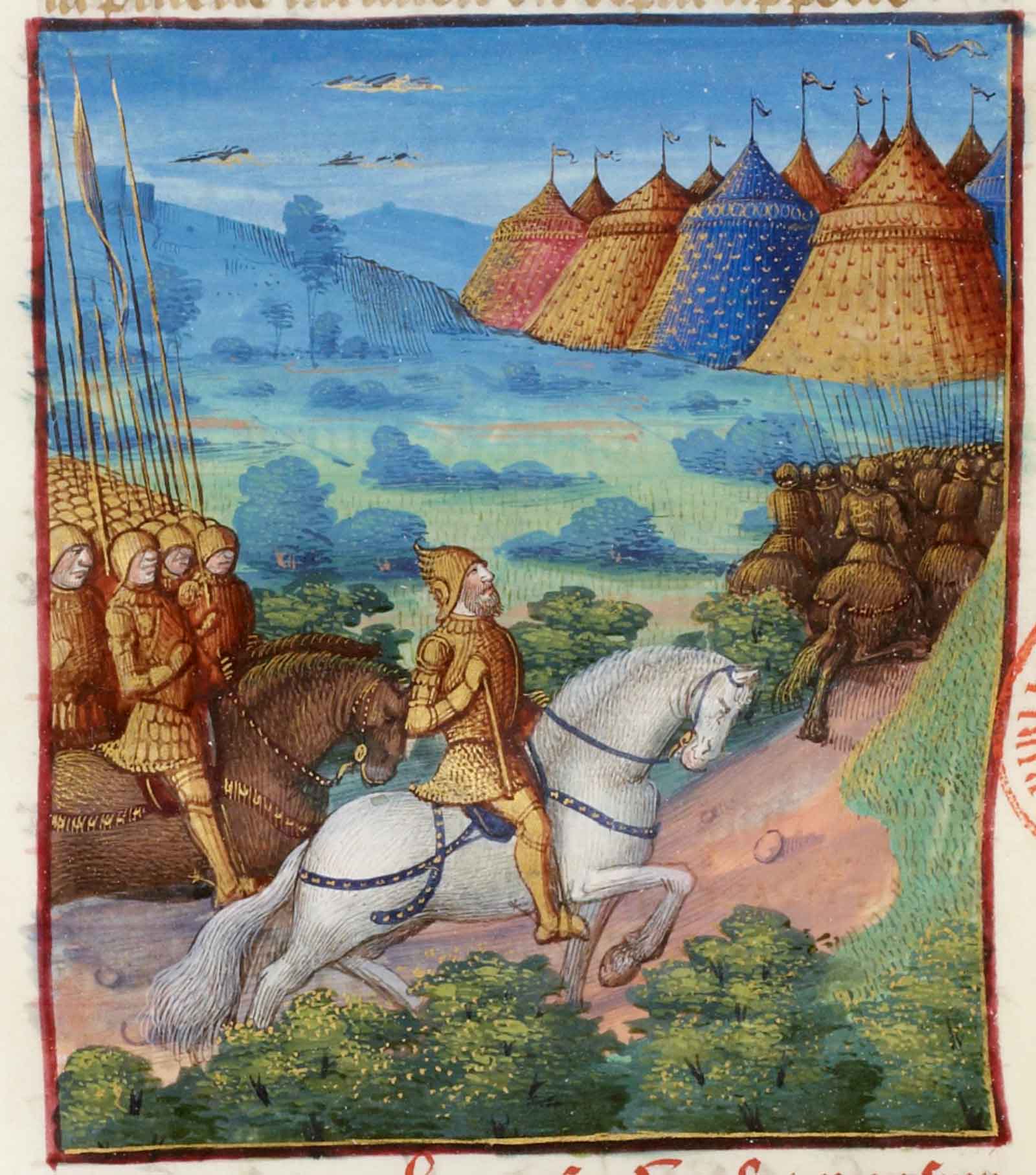 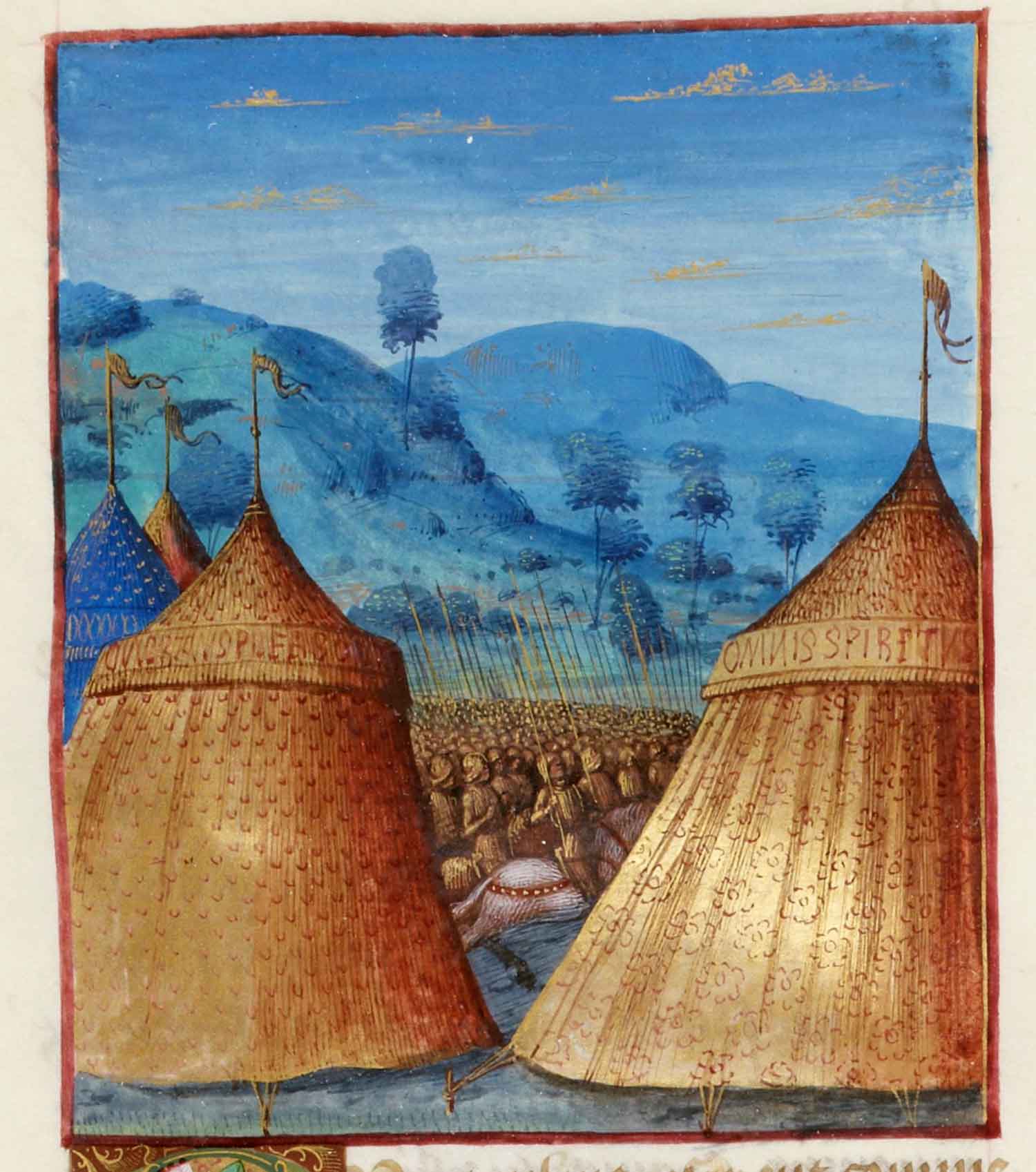 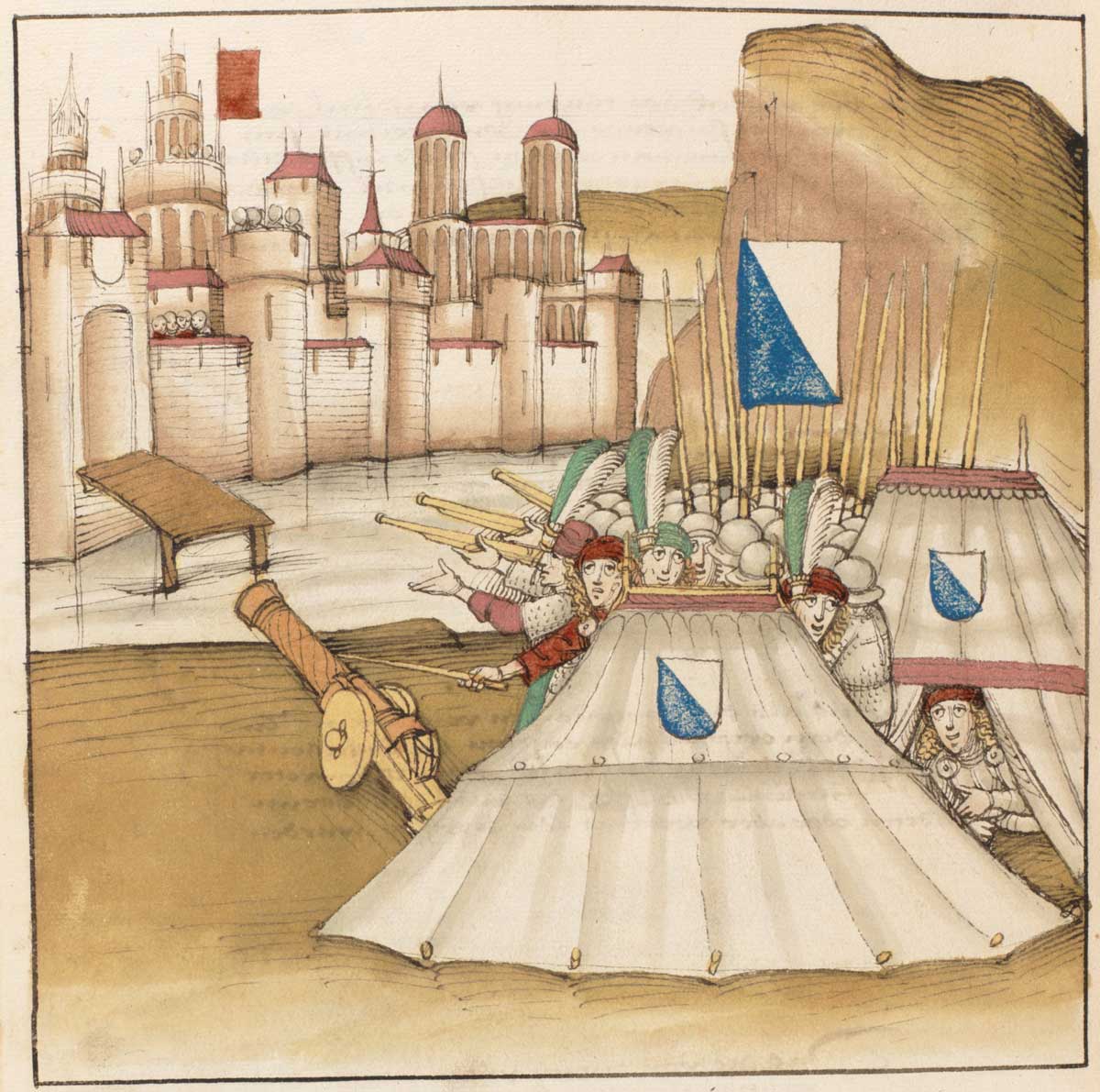 Pseudo-Phiol 2:6 : Now Lamech took for himself two wives. The name of the one was Adah, and the name of the other Zuillah. And Adah bore Jobab, he was the father of all those dwelling in tents and feeding cattle. And again, she bore him Jobal, who was the first to teach all kinds of musical instruments. In that time, when those inhabiting the earth began to do evil deeds (each one with his neighbor’s wife) and they defiled them, God was angry. And he [Jobal] began to play the lyre and the lute and every instrument of sweet song and to corrupt the earth.

Lib. 3 Chap. vi.: Tents, Jobal son of Lamech invented; notwithstanding that the Phœnicians affirm, that the Nephews of Seculus found them.

than formerly did skins

Book 3, Chapter 9: Jobal, the son of Lamech, made tents, according to Josephus in the first book of the Antiquities, though the Phoenicians attribute them to the grandsons of Aeon, according to Eusebius in the Preparation for the Gospel.
Book 3, Chapter 7: They claim that in such a way this activity [constructing buildings] was gradually reduced to an art — namely, architecture — that teaches a method of building which, according to Diodorus in book [5], they assign to Pallas. But on the basis of Josephus’ testimony, I would rather attribute it to Cain, the son of Adam, the first man, or to Jobal, whom Lamech begot. The former, as we shall explain below, was the first to build a town, and the latter first pitched a tent.