that from the machicolations 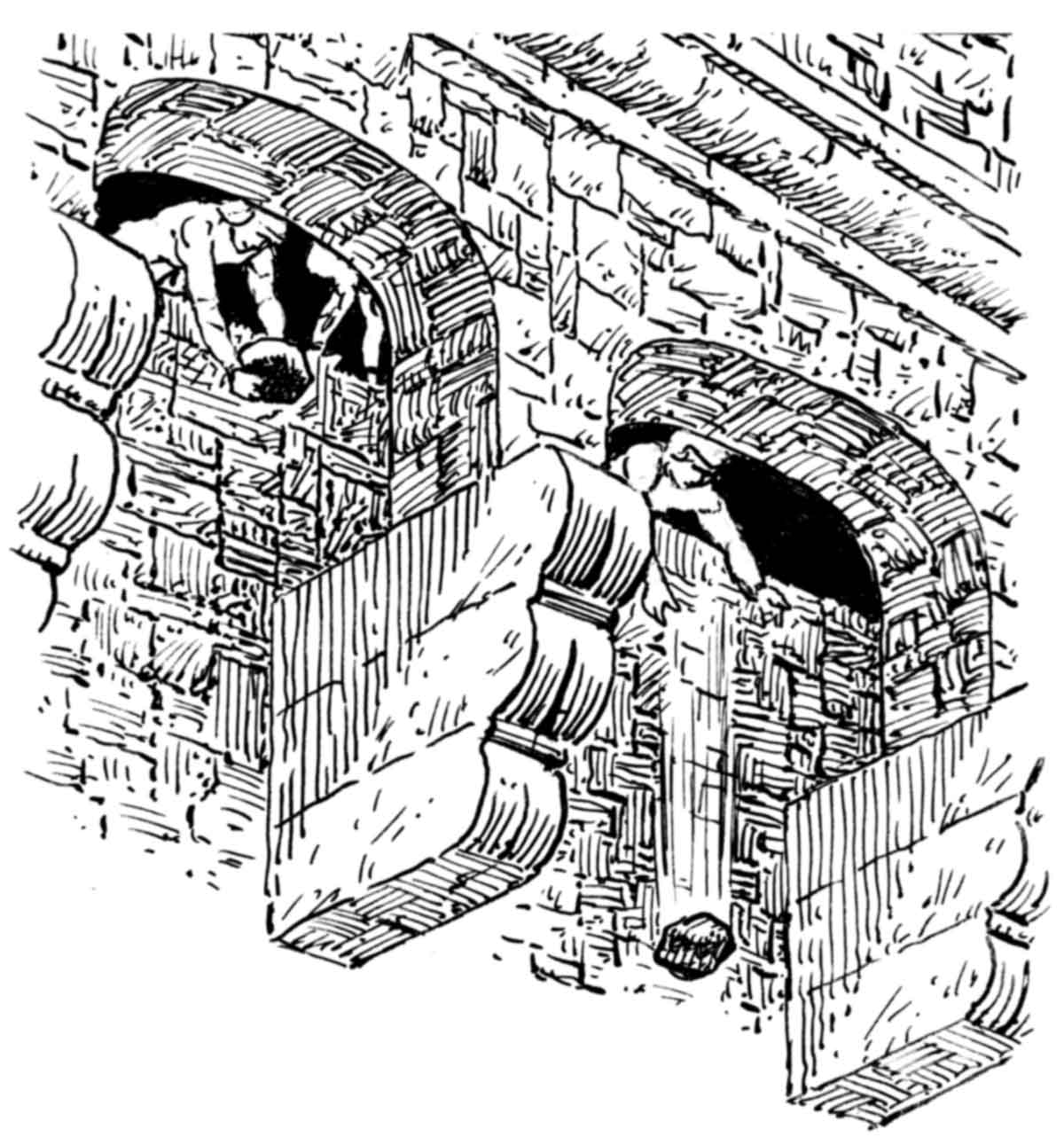 An illustration showing an object being dropped from a machicolation that is supported by stone corbels.

A machicolation (French, machicoulis) is a floor opening between the supporting corbels of a battlement, through which stones, or other objects, could be dropped on attackers at the base of a defensive wall. The design was adopted in the Middle Ages in Europe when Norman crusaders returned from the Holy Land. A machicolated battlement projects outwards from the supporting wall in order to facilitate this.

The word derives from the Old French word machecol, mentioned in Medieval Latin as machecollum and ultimately from Old French macher ‘crush’, ‘wound’ and col ‘neck’. Machicolate is only recorded in the 18th century in English, but a verb machicollāre is attested in Anglo-Latin. A variant of a machicolation, set in the ceiling of a passage or over a gateway, was known as a meutrier or colloquially as a murder-hole.