take a fresh egg and 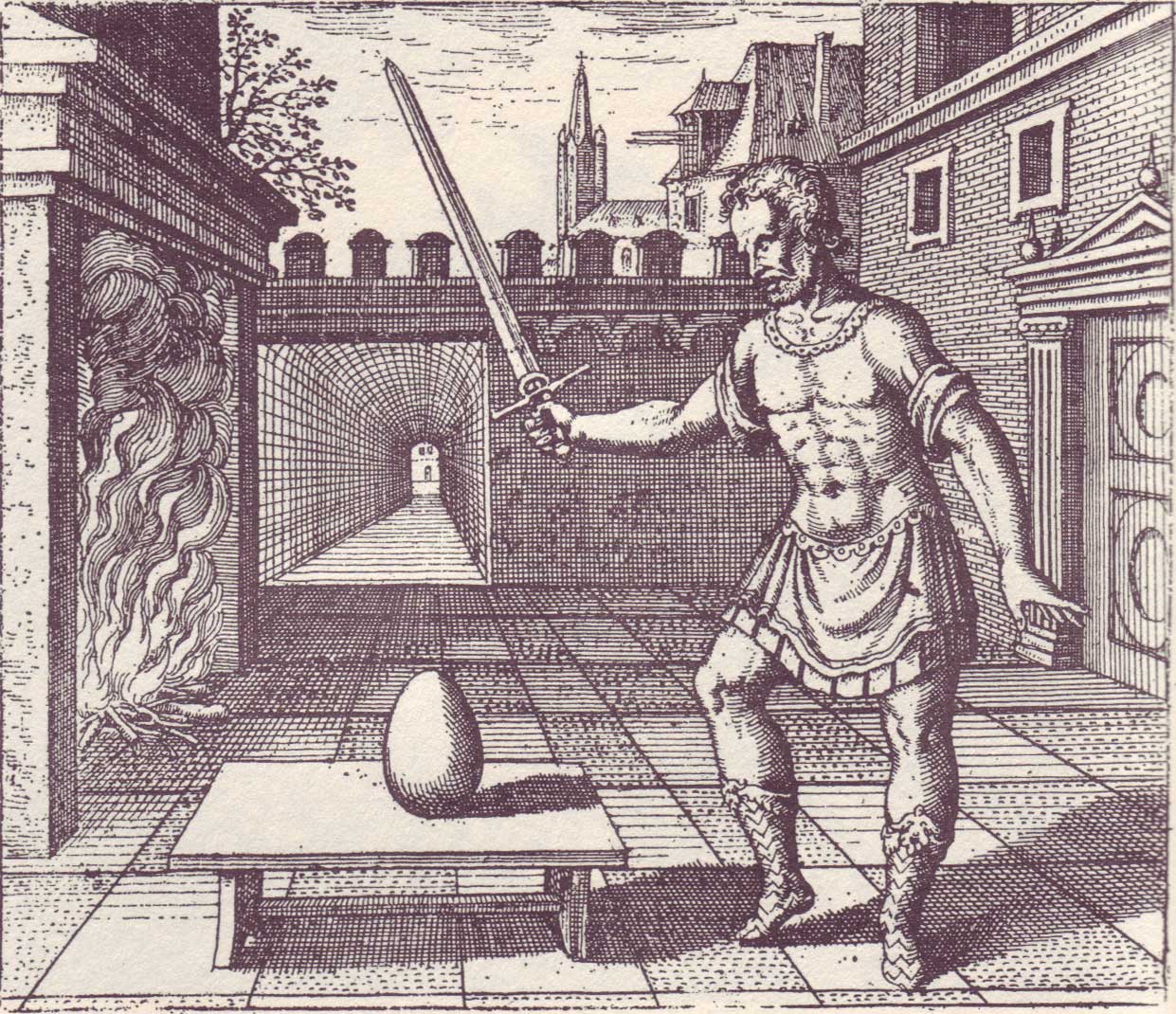 Accipe ovum & igneo percute gladio. (Take an Egg & smite it with a fiery sword.)

There are many & diverse kinds of Birds whose number is uncertain & their Names unknown to Us. Story tells us of a very great Bird named Ruc [Roc?], that appears at certain seasons of the Year in a small Island of the Ocean, which can bear an Elephant up with it into the Air. India & America send us Crows & Parrots of diverse Colors. But it is not the Philosophical intention to enquire after the Eggs of these birds. The AEgyptians yearly persecute the Crocodiles’ Eggs with weapons of Iron & destroy them. The Philosophers do indeed smite their Eggs with fire, but it is not with an intent to mortify it, but that it may live & grow up. For, seeing that an animate & living chicken is thence produced, it cannot be said to be Corruption, but generation. It ceases to be an Egg by the privation of the Oval form, & begins to be a two-footed & volatile Animal by the introduction of a more noble Form, for in the Egg are the seeds of both male & female joined together under one Shell or Cover.
The Yolk constitutes the Chicken with its radical parts & Bowels, the seed of the male forming it & becoming the internal Efficient, whereas the White… [**”Albumen materiam seu subtegmen & incrementum dat rudimento seu stamini pulli.”] The external heat is the first mover which by a certain Circulation of the Elements & change of one into the other, introduces a new form by the instinct & guidance of Nature. For Water passes into Air, Air into Fire, Fire into Earth, which being joined together, & a specific being transmitted by the stars, an individual Bird is made of that kind whose Egg it was & whose seed was infused into it. This is said to be smitten with a fiery sword when Vulcan performing the office of a Midwife as he did to Pallas coming from the brain of Jupiter, does by his ax make a passage for the newborn Chicken. This is what Basil Valentine affirms, that Mercury was imprisoned by Vulcan at the command of Mars, & could not be released before he was wholly purified & dead. But this death is to him the beginning of a New life, as the Corruption or death of the Egg brings new generation & life to the Chicken.
So an Embryo being freed from that human vegetable life which alone it enjoyed in the Mother’s womb, obtains another, more perfect one, by his birth & coming into the light of the world. So when we shall pass from this present life, there remains for us another that is most perfect & Eternal. Lully in many places calls this fiery sword a sharp Lance, because fire as a Lance or sharp sword perforates bodies & makes them porous & pervious [?], so that they may be penetrated by waters & be dissolved & being reduced from hardness become soft & Tractable. In the Stomach of a Cormorant, which is the most voracious of all Birds, there are found long & round worms which serve it as the instruments of Heat, & as we have sometimes observed, seize upon those Eels & other fish which she has swallowed & Pierce them like sharp needles, & so consume them in a short time by a wonderful operation of Nature. As, therefore, Heat pierces, so that which pierces will sometimes supply the absence of Heat. Upon which Consideration, that wherewith the Philosophical Egg ought to be smitten may not undeservedly be called a fiery sword.
But the Philosophers had rather have it understood of Temperate Heat, whereby the Egg is cherished, as Morfoleus in Turba declares: ‘It is necessary [that a] wise man’s moisture be burned up with a slow fire, as is shown us in the Example of the generation of a Chicken, & where the fire is increased, the Vessel must be stopped on all sides, that the body of the Air (or brass)[‘aeris’ in original] & the fugitive spirit of it may not be extracted.’ But what Bird’s Egg must it be? Moscus tells us in the same place: ‘Now I say that no instruments are made except of our white starry splendid powder, & of the white Stone, of which powder are made fit instruments for the Egg. But they have not named the Egg, nor what Bird’s Egg it must be.’

Regarding experimenting with eggs.