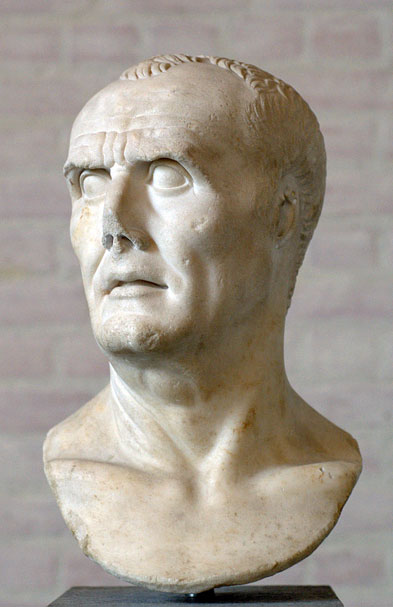 Because of many common details with the so-called « Sulla » (proportions, open mouth, large eyes), it is advanced that both statues (brothers, adversaries?) were concieved and exhibited together.

Gaius Marius (157 BC – 86 BC) was a Roman general and statesman. He held the office of consul an unprecedented seven times during his career. He was also noted for his important reforms of Roman armies, authorizing recruitment of landless citizens, eliminating the manipular military formations, and reorganizing the structure of the legions into separate cohorts. Marius defeated the invading Germanic tribes (the Teutones, Ambrones, and the Cimbri), for which he was called “the third founder of Rome.” His life and career were significant in Rome’s transformation from Republic to Empire.