Sylla [or Sulla] is also mentioned later in this chapter for being “unable to burn a wooden tower constructed for purposes of defence, although it had been surrounded with fire on every side, because Archelaus had smeared it with alum.” 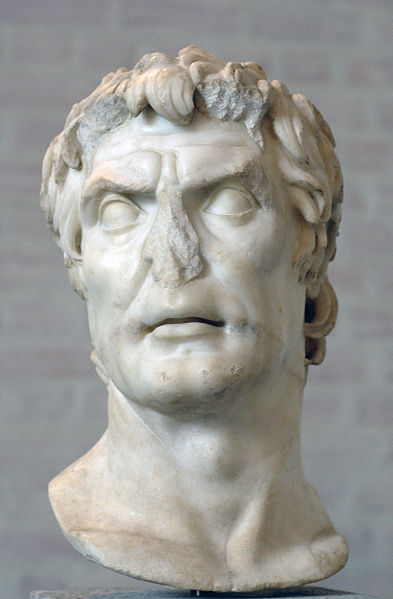 Cremation was not actually an old practice at Rome: the dead used to be buried. But cremation was instituted after it became known that the bodies of those fallen in wars abroad were dug up again. All the same many families kept on the old ritual, for instance it is recorded that nobody in the family of the Cornelii was cremated before Sulla the dictator, and that he had desired it because he was afraid of reprisals for having dug up the corpse of Gaius Marius. [But burial is understood to denote any mode of disposal of a corpse, but interment means covering up with earth.]

A fight with several lions at once was first bestowed on Rome by Quintus Scaevola when consular aedile, but the first of all who exhibited a combat of 100 maned lions was Lucius Sulla, later dictator, in his praetorship [93 BC]. After Sulla, Pompey the Great showed in the Circus 600, including 315 with manes, and Caesar when dictator 400.

Book 3, Chapter 8: The Romans, because the dead corps, that died in battel, were after their burial digged out of the ground, instituted the manner of burning the carcases of men departed, which Rite was executed on Sylla, chief of all the house and kindred of the Cornelians, which feared lest he should be served as he had used Marius.

Lucius Cornelius Sulla Felix (c. 138 BC – 78 BC), known commonly as Sulla, was a Roman general and statesman. He had the distinction of holding the office of consul twice, as well as reviving the dictatorship. Sulla was awarded a grass crown, the most prestigious and rarest Roman military honor, during the Social War. His life was habitually included in the ancient biographical collections of leading generals and politicians, originating in the biographical compendium of famous Romans, published by Marcus Terentius Varro. In Plutarch’s Parallel Lives Sulla is paired with the Spartan general and strategist Lysander.

In older sources, his name may be found as Sylla. This is a Hellenism, like sylva for classical Latin silva, reinforced by the fact that two major ancient sources, Plutarch and Appian, wrote in Greek, and call him Σύλλα.