some at the Golden Eagle, 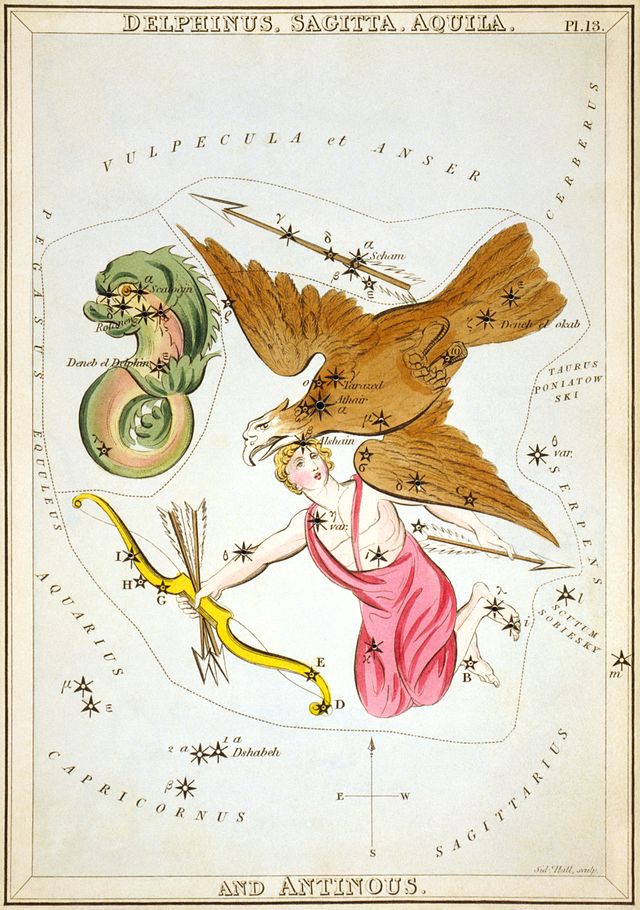 Aquila, with the now-obsolete figure of Antinous.

Aquila is a constellation in the northern sky. Its name is Latin for ‘eagle’ and it represents the bird who carried Zeus/Jupiter’s thunderbolts in Greco-Roman mythology. Aquila lies just a few degrees North of the celestial equator. The alpha star, Altair, is a vertex of the Summer Triangle asterism. The constellation is best seen in the summer as it is located along the Milky Way.