like median apples, which are pome-citrons of Media, in which they were originally found;

Among the plants that have retained the names of the regions from which they were formerly transported. 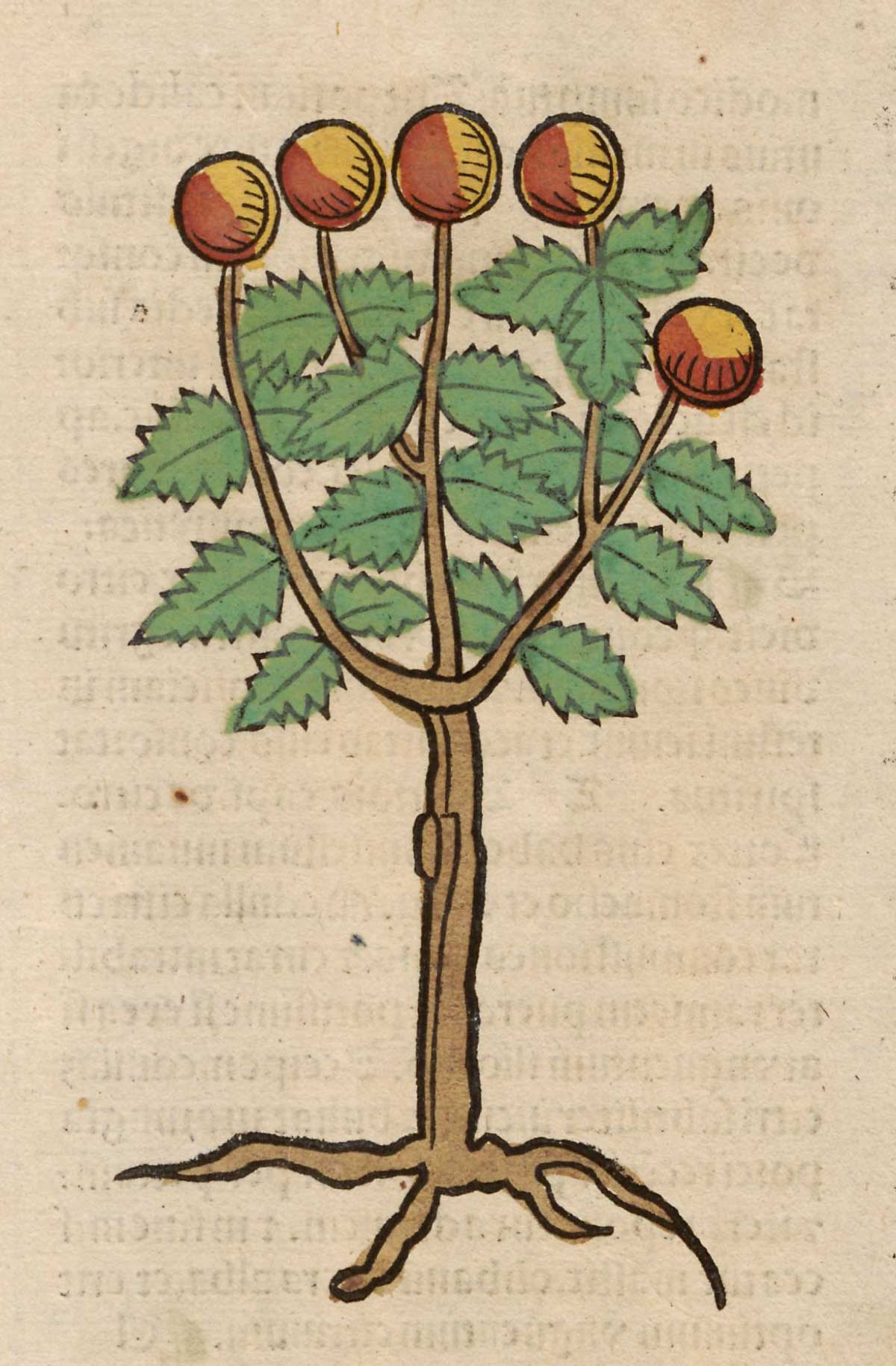 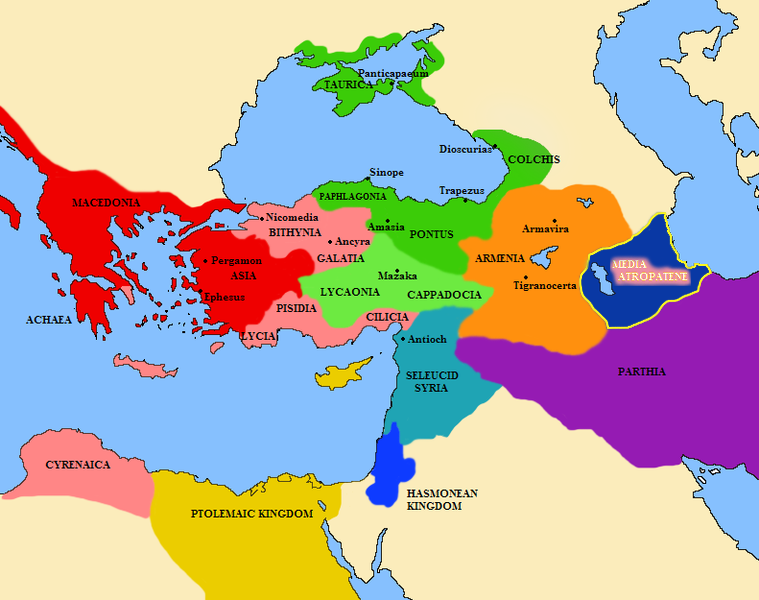 A map of the Middle east, Greece and Asia minor, showing the states at the breakout of the first Mithridatic war, 89 BC.

And in general the lands of the East and South appear to have peculiar plants, as they have peculiar animals; for instance, Media and Persia have, among many others, that which is called the ‘Median’ or ‘Persian apple’ (citron). This tree has a leaf like to and almost identical with that of the andrachne, but it has thorns like those of the pear or white-thorn, which however are smooth and very sharp and strong. The ‘apple’ is not eaten, but it is very fragrant, as also is the leaf of the tree. And if the ‘apple’ is placed among clothes, it keeps them from being moth-eaten. It is also useful when one has drunk deadly poison; for being given in wine it upsets the stomach and brings up the poison; also for producing sweetness of breath; for, if one boils the inner part of the ‘apple’ in a sauce, or squeezes it into the mouth in some other medium, and then inhales it, it makes the breath sweet. The seed is taken from the fruit and sown in spring in carefully tilled beds, and is then watered every fourth or fifth day. And, when it is growing vigorously, it is transplanted, also in spring, to a soft well-watered place, where the soil is not too fine; for such places it loves. And it bears its ‘apples’ at all seasons; for when some have been gathered, the flower of others is on the tree and it is ripening others. Of the flowers, as we have said, those which have, as it were, a distaff projecting in the middle are fertile, while those that have it not are infertile. It is also sown, like date-palms, in pots with a hole in them. This tree, as has been said, grows in Persia and Media.

Of the apple class there are a number of varieties. We have spoken of citrons when describing the citron-tree; the Greeks, however, call them ‘Medic apples,’ after their native country.

The citron or Assyrian apple, called by others the Median apple, is an antidote against poisons. It has the leaves of the strawberry-tree, but with prickles running among them. For the rest, the actual fruit is not eaten, but it has an exceptionally strong scent, which belongs also to the leaves, and which penetrates garments stored with them and keeps off injurious insects. The tree itself bears fruit at all seasons, some of the apples falling while others are ripening and others just forming. Because of its great medicinal value various nations have tried to acclimatize it in their own countries, importing it in earthenware pots provided with breathing holes for the roots (and similarly, as it will be convenient to record here so that each of my points may be mentioned only once, all plants that are to travel a specially long distance are planted as tightly as possible for transport); but it has refused to grow except in Media and Persia. It is this fruit the pips of which, as we have mentioned, the Parthian
XII. 278.
grandees have cooked with their viands for the sake of sweetening their breath. And among the Medes no other tree is highly commended.

Median. Of or belonging to the ancient kingdom of Media, or the Medes.

Media (Old Persian: Māda, Middle Persian: Mād) is a region of north-western Iran, best known for having been the political and cultural base of the Medes. During the Achaemenid period, it comprised present-day Azarbaijan, Iranian Kurdistan and western Tabaristan. As a satrapy under Achaemenid rule, it would eventually encompass a wider region, stretching to southern Dagestan in the north. However, after the wars of Alexander the Great, the northern parts were separated due to the Partition of Babylon and became known as Atropatene, while the remaining region became known as Lesser Media