Among the plants that like Pantagruelion have two sexes. 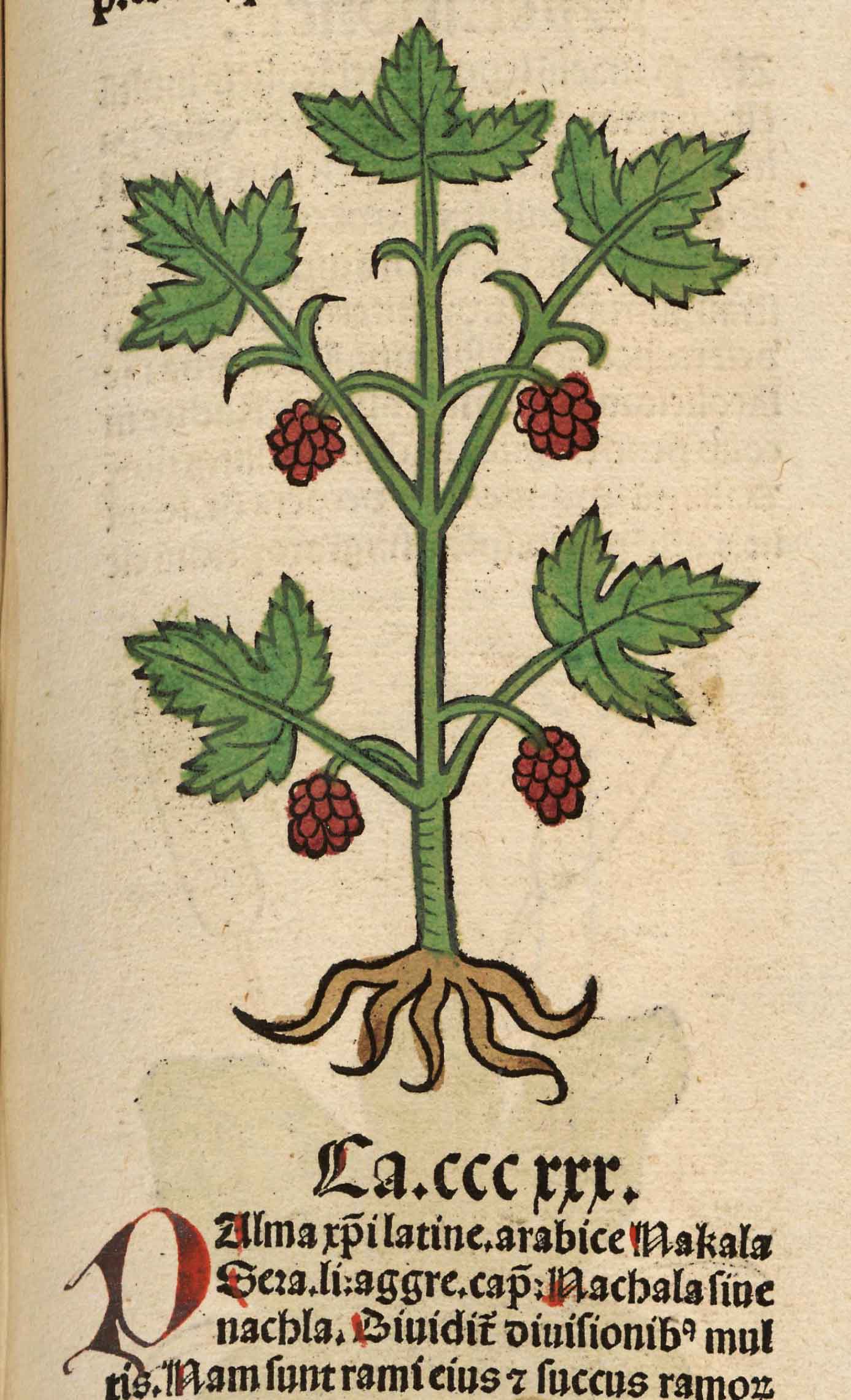 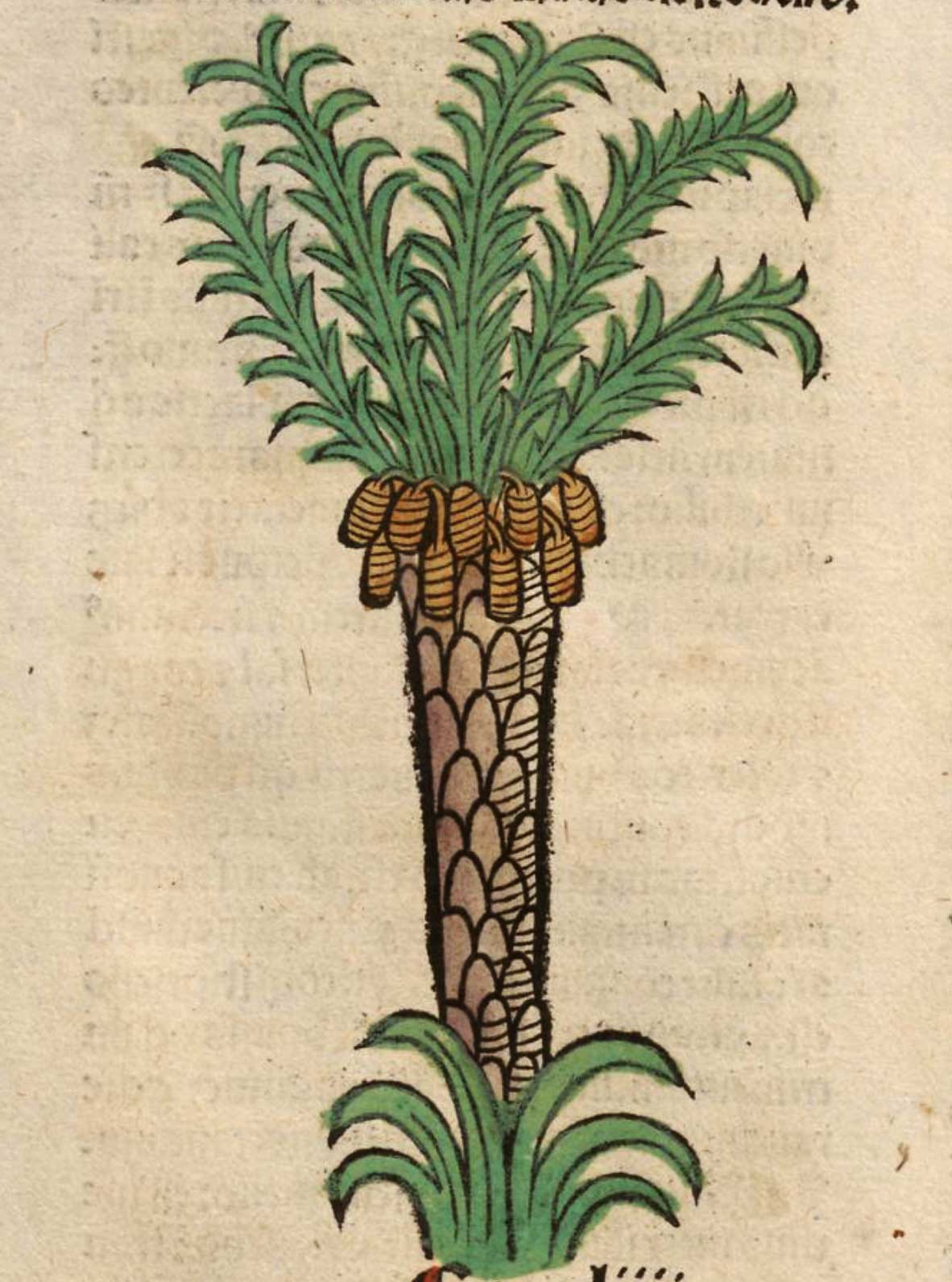 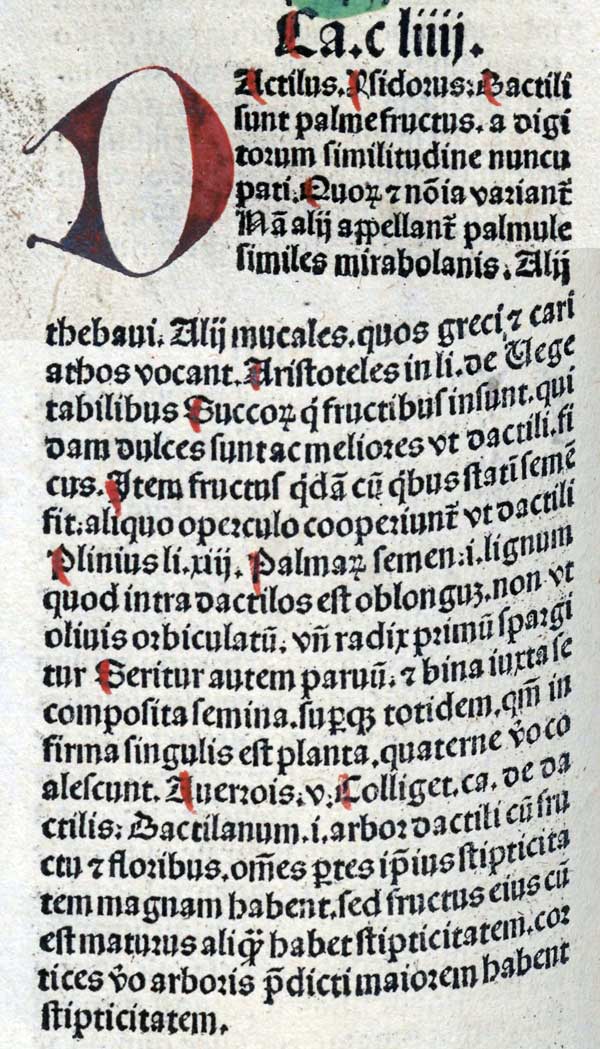 VI. In other respects Egypt is of all the countries in the world the best adapted for the production of unguents, but Campania with its abundance of roses runs it close. But Judaea is even more famous for its palm-trees, the nature of which will now be described. It is true that there are also palms in Europe, and they are common in Italy, but these are barren. In the coastal regions of Spain they do bear fruit, but it does not ripen, and in Africa the fruit is sweet but will not keep for any time. On the other hand in the east the palm supplies the native races with wine, and some of them with bread, while a very large number rely on it also for cattle fodder. For this reason, therefore, we shall be justified in describing the palms of foreign countries; there are none in Italy not grown under cultivation, nor are there in any other part of the earth except where there is a warm climate, while only in really hot countries does the palm bear fruit.
VII. It grows in a light sandy soil and for the most part in one containing nitrates. It likes running water, and to drink all the year round, though it loves dry places. Some people think that dung actually does it harm, while a section of the Assyrians think that this happens if they do not mix the dung with water from a stream. There are several kinds of palm, beginning with kinds not larger than a shrub—a shrub that in some cases is barren, though in other districts it too bears fruit—and having a short branch. In a number of places this shrub-palm with its dome of leaves serves instead of plaster for the walls of a house, to prevent their sweating. Also the taller palms make a regular forest, their pointed foliage shooting out from the actual tree all round them like a comb—these it must be understood are wild palms, though they also have a wayward fancy for mingling among the cultivated varieties. The other kinds are rounded and tall, and have compact rows of knobs or circles in their bark which render them easy for the eastern races to climb; they put a plaited noose round themselves and round the tree, and the noose goes up with the man at an astonishingly rapid speed. All the foliage is at the top of the tree, and so is the fruit, which is not among the leaves as in all other trees, but hanging in bunches from shoots of its own between the branches, and which has the nature of both a cluster and a single fruit. The leaves have a knife-like edge at the sides and are divided into two flanges that fold together; they first suggested folding tablets for writing, but at the present day they are split up to make ropes and plaited wicker-work and parasols.
The most devoted students of nature report that trees, or rather indeed all the products of the earth and even grasses, are of both sexes, a fact which it may at this place be sufficient to state in general terms, although in no trees is it more manifest than in the palm. A male palm forms a blossom on the shoot, whereas a female merely forms a bud like an ear of corn, without going on to blossom. In both male and female, however, the flesh of the fruit forms first and the woody core afterwards; this is the seed of the tree—which is proved by the fact that small fruits without any core are found on the same shoot. The seed is oblong in shape and not rounded like an olive-stone, and also it is split at the back by a bulging cleft, and in most cases shaped like a navel at the middle of the bulge: it is from here that the root first spreads out. In planting the seed is laid front-side downward, and a pair of seeds are placed close together with two more above them, since a single seed produces a weak plant, but the four shoots unite in one strong growth. This woody core is divided from the fleshy parts by a number of white coats, others clinging closely to its body; and it is loose and separate, only attached by a thread at its top end. The flesh takes a year to ripen, though in some places, for instance, Cyprus, it has a pleasant sweet flavour even though it does not reach maturity. In Cyprus the leaf is broader and the fruit rounder than it is elsewhere, though people there do not eat the body of the fruit, but spit it out after merely squeezing out the juice. Also in Arabia the palm is said to have a sickly sweet taste, although Juba states that he prefers the palm that grows in the territory of the Tent-dweller Arabs, which they call the dablas, to all other kinds for flavour. For the rest, it is stated that in a palm-grove of natural growth the female trees do not produce if there are no males, and that each male tree is surrounded by several females with more attractive foliage that bend and bow towards him; while the male bristling with leaves erected impregnates the rest of them by his exhalation and by the mere sight of him, and also by his pollen; and that when the male tree is felled the females afterwards in their widowhood become barren. And so fully is their sexual union understood that mankind has actually devised a method of impregnating them by means of the flower and down collected from the males, and indeed sometimes by merely sprinkling their pollen on the females.

Any tree or shrub of the order Palmæ or Palmaceæ, a large family of monocotyledons, widely distributed in warm climates, chiefly within the tropics, remarkable for their ornamental forms and various usefulness to man. They have the stem usually upright and unbranched, a head or crown of very large pinnate or fan-shaped leaves, and fruit of various forms (nut, drupe, or berry). The palm of Scripture is the date-palm.

1635-56 Cowley Davideis i. Note 7 In the publique Games of Greece, Palm was made the sign and reward of Victory.