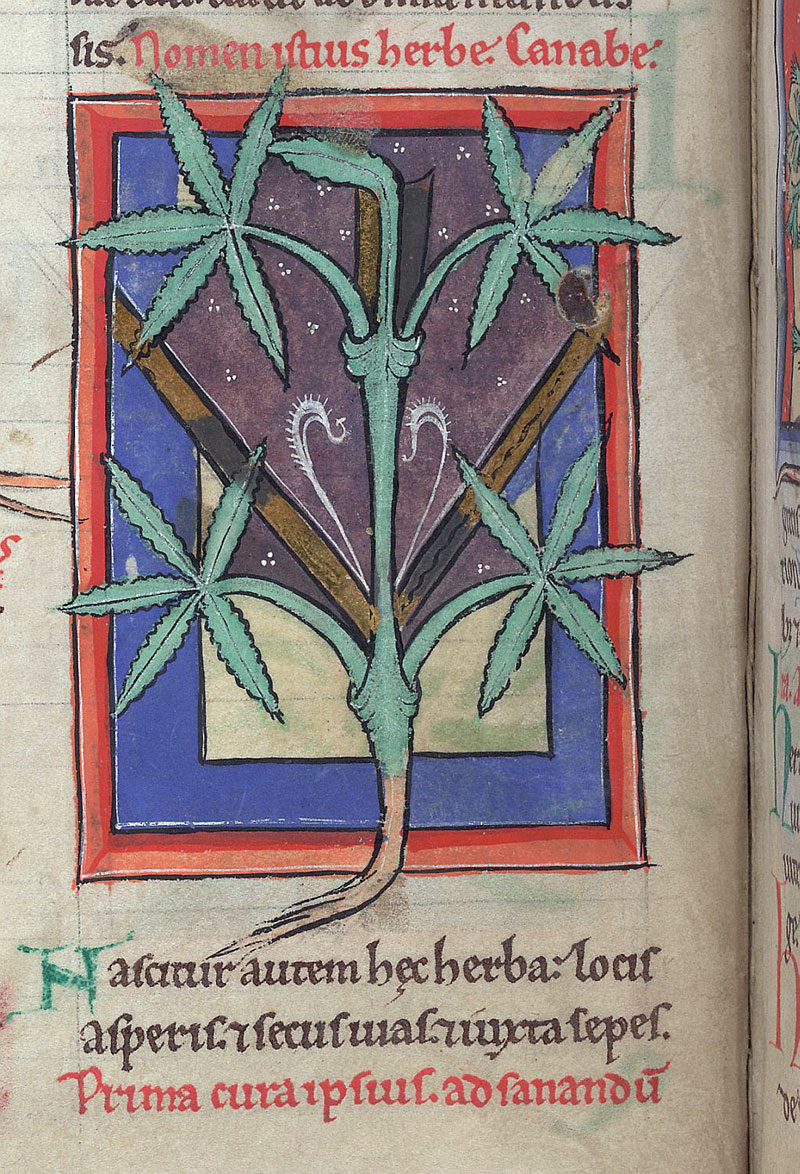 F44v. Cannabis was only recommended for external use: it could, for example, be pounded with grease and used to reduce swelling of the breasts.

“Now,” said Pantagruel, “he is informing us more positively, by giving us the sign of the quinary number. That means that you will certainly be married, and not only affiances, espoused, and married, but that, furthermore, you will cohabit and get on well with the job. Pythagoras called the quinary number the nuptial number, which indicated a wedding and the consummation of a marriage, being composed of the triad, which is the first odd and superfluous number, and of the dyad, which is the first even number. This signifies the males and female in copulation. Indeed at Rome, in the olden times, they would light five wax candles on a wedding day: and it was not permissible to light more, even at the marriage of the wealthiest, or fewer, even at the marriage of the very poorest. Moreover, in the olden days the pagans used to implore the assistance of five deities, or one god for five good offices, on behalf of those about to be married: of Jupiter, the nuptial god; of Juno, who presided over the feast; of Venus the fair; of Pitho, the goddess of persuasion and eloquence, and of Diana, who presided over childbirth.